Do the Ends justify the Means? 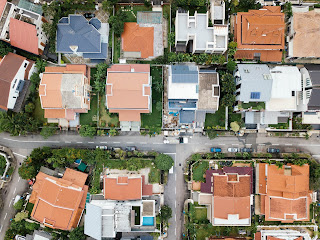 The City of Vancouver, in British Columbia Canada, recently sought council approval for the Making Room Housing Program in June 2018, with a Public Hearing set for September the same year. The program is intended as a new city wide approach to housing and zoning which will purportedly allow for a wider range of housing choices in Vancouver’s neighbourhoods.

Citing a need for more housing choice, the staff report clarifies that the Making Room Housing program will include consultation through 2018/19 to determine the type of housing that will make sense for different neighbourhoods, but also requests an immediate ‘quick start’ action to allow duplexes in all areas currently zoned for single families.

Which begs the question: does a good policy justify a ‘quick start’ approach to implementation? Do the ends justify the means?

Vancouver is in a time of a housing crisis with citizens and stakeholders from different backgrounds having expressed a desire for bold actions. Many would argue that this program, and the proposed ‘quickstart’ to allow duplexes, is a good policy and should happen sooner rather than later. However, what the ‘quick start,’ and the Making Room Policy is lacking is consensus. Without consensus the policies, although valid, can crumble. This may be the case when the new City Council and Mayor convene later this year. A forced policy can also be a rallying point for opposition within the community. In a good democracy there are opportunities to be involved, to learn about the available courses of action, the reasoning behind any given policy, and equal decision making power are critical features of a robust democracy.

We can use principles developed by institutions around the world give us a framework with which to fully evaluate significant policy decisions such as the Making Room program.

All municipalities in British Columbia are required to have a city wide Official Community Plan, which most cities develop through consultation and engagement. The City of Vancouver does not have one. The report to council indicates that the Making Room Program will serve as a first step towards a community wide plan.

Here are the next steps in the Making Room Housing Program put forward by the city:
The city argues that there has been significant consultation leading to this current recommendation through the Housing Vancouver Strategy. The details of the consultation and the connection of the Making Room policy and the Housing Vancouver Strategy remain unclear.  One way we can evaluate the process behind this policy decision is to use the following 3 criteria from the Institute for Democracy and Electoral Assistance:
Looking at the three criteria above, we could make the case that the Making Room Housing program does support citizenship and equal rights; the program is ostensibly intended to support the economic rights of a variety of individuals in varying life circumstances. But does the Making Room policy have mechanisms to ensure justice and equality prevails in the allocation of the new housing types? This is not clear in the current proposed approach.

With respect to Criteria #2 accountable institutions and processes, the only mechanism currently available is via the election of the city councillors; they can be voted out. No other mechanism of accountability has been established for previous zoning/planning decisions, and there doesn’t appear to be anything for this current program. Will there be a process where citizens can further engage with the implementation of the Making Room policy? Will this be in 1 year? 5 years? A citizen review panel can add greater legitimacy to the policy. 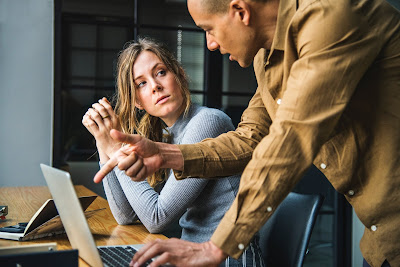 The last pillar from #3 above, citizen initiative and participation, reveals the weakest point of the Making Room policy. There is unfortunately very little citizen initiative in the process of designing or implementing the policy. Citizen participation is purportedly intended through the public hearing in the fall, and the subsequent consultation to take place over the next year. Public hearings might make sense for single proposals, for a single neighbourhood or development, but for the city as a whole? Even then, public hearings fall far from the mark in terms of democratic engagement, as we expounded on here.

It will be important for citizens to be meaningfully involved in the process in order to reach a long-term consensus that the Making Room Policy is in the best interest of the city. Without a process to do this, there is a risk that the goals for densification, affordability, and housing variety will be eroded by new Council members or vocal opposition that can “hi-jack” the whole process. Which will not bode well for the goals of making room.