Accountability: getting information about public things...to the public

March 22, 2018
When it comes to democracy one term that gets floated around often is the notion of accountability. But what does accountability actually mean? What does it look like?

Further, in the context of government bodies, elected representatives, and the myriad different organizations that provide civil services in our communities, how does accountability happen? And what's required for a community institution to be able to say it is accountable? 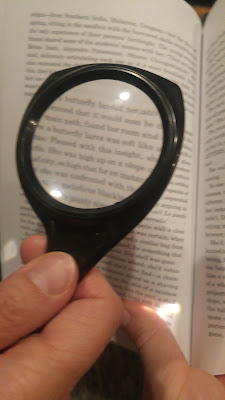 The answer is different, for different institutions. For example, we often focus on the accountability of elected officials and government representatives. But what about Crown corporations, or state companies? In Canada, Crown corporations are publicly held entities that provide a public service, but that are not directly managed or overseen by any elected official. The first federal Crown Corporation was the Canadian National Railway, established in 1922, and there are now a diverse array of publicly owned autonomous public entities in diverse sectors such as transportation, power generation, culture, and communications.

A report from the Treasury Board of Canada in 2005 highlights the importance of legitimacy, accountability, and transparency in order to ensure control by the Government and Canadians over Crown corporations. So there's that word again...but what does it mean?

Well, the same report notes that accountability for Canadians means that government will:

The Institute for Democracy and Electoral Assistance defines accountability as "the relationship between the local population and their representatives, and the mechanisms through which citizens can ensure that decision-makers are answerable for decisions made."

So it looks like: 1) being able to understand and monitor decisions that are made, and 2) access to trustworthy information, are key elements of accountability. Unfortunately, in the case of #1, this is no small feat when it comes to Crown corporations. Most of them are directly overseen by an appointed board, which reports to a Minister, which reports to Parliament...which is theoretically accountable to Canadians. This is where accountability, in the context of state owned entities, starts to look a bit murky.

Which is why, at a minimum, open and transparent access to information is critical. This is a concern in British Columbia at the moment, with several agencies requesting the government to do much better when it comes to Freedom of Information requests. When it comes to public entities - we should expect nothing less than complete transparency over decision-making.

What are the public organizations in your community, and how do they provide you with oversight over their decision making? How important is transparent decision-making to the organizations you are involved with?

And a question for a future post: if we do get transparent access to information about decision-making, what can we do with it to ensure accountability? What if the decisions we see do not align with the purposes, promises, or priorities of our public institutions?