State government: not necessary for democracy 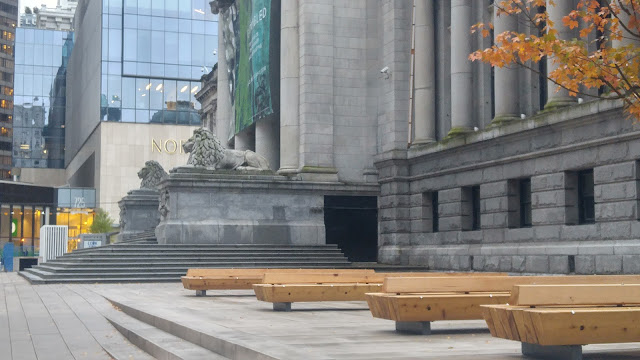 This statement may seem counter-intuitive, but it may very well be true. Democracy can mean a whole lot of things, but it does not necessarily require or imply state government. A state can be thought of as a political entity, typically with perceived sovereignty over some geographic territory, a single unified government, and a monopoly on the legal deployment of an army or other enforcement agency. If we understand democracy as structures and processes for people to make decisions about their communities, then are any of the above items necessary?

You might think the answer is yes - that at the least we need some kind of unified government. But what if we define government more holistically as systems and structures that govern some kind of organized community? Is this possible without the additional features of a state: geographic sovereignty, a single unitary government, and a monopoly on organized force?

I would suggest that yes, it might be possible. Consider federal systems, which separate powers and jurisdiction between multiple orders of government. Or the countless civic agencies that administer different functions of government under completely different structures - from government departments, to crown agencies, to public/private partnerships. Not to mention civic associations, nonprofit groups, cooperatives, NGOs, and charitable organizations. These organizations typically have mandates that are related to services, programs or activities in the communities where they operate. They are governed by volunteer boards of directors, and are autonomous entities. Taken together, these multiple entities collectively govern our communities, through a network of systems and structures (rather than reporting to a central authority).

Historically, city-states, operating independently but with a common culture and shared identity, existed in regions throughout the globe. Italy, Greece, Southeast Asia, all experienced autonomous city-states that cooperated on a regional basis. Many of these continued after the advent of the nation-state. Here in British Columbia, Canada, the Coast Salish peoples co-existed in distinct nations for thousands of years without ceding decision-making power to any central authority.

In all of these cases, religious zeal and/or colonial imperialism saw formerly independent political jurisdictions annexed, conquered, or destroyed. In fact, the Peace of Westphalia of 1648, largely credited for the creation of the nation-state, was an effort to quell religious disputes through an agreement to empower distinct geo-political 'nations' with sovereignty over matters of religion.

This historical context raises a central feature of the modern nation-state; a feature that might make the case for a central governmental authority. It might be argued that all these varied groups and autonomous entities require a centralized authority, with ultimate jurisdiction over a clearly defined geographic territory. An authority which provides a commonly agreed upon legal framework to maintain peace, order, and cooperation, and a monopoly on the legal use of force.

However, many nations set up a judicial system that is independent from the central political authority. Furthermore, our common understanding of principles such as human rights, political equality, and the rule of law is vastly improved from 1648. Are we at the point when it might be possible to have a network of organizations, agencies, and autonomous political entities adhere to commonly held laws, and the authority of an independent judiciary, without a central political authority? Is a central state government, with geographic sovereignty, necessary for community cooperation and democracy in the modern era?