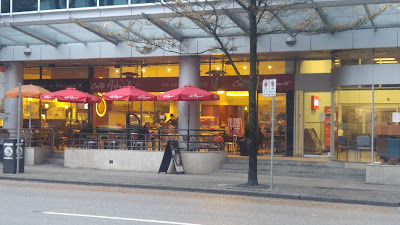 The two men look at each other, and the conversation ends. The tension is palpable, with a haze of uncertainty hovering where there was once jubilant discourse. They had been drinking together for just over an hour, reminiscing about old times, family, and the highs and lows of parenting toddlers. Upon the realization that one of them was a conservative, and the other a liberal, a veil of awkward self-doubt had imposed itself in the midst of the intimate discussion. With their political preferences revealed, how could a conversation possibly ensue?

What is it about ideology (or political preferences, ideals, or whatever) that infuses our political discourse and severs the deeper connections we might have with one another? How does the political system in which we're situated require our preferences and ideals to be aggregated into leanings across some imagined spectrum?

What would it make possible if we practiced democracy and politics without ideology? Would this hamper or further the quality of our discourse, our empathy, or our decision-making ability together in groups?

Perhaps, rather than discuss possible policy implications in the abstract, we would be forced to consider the actual implications of a particular decision at a particular point in time. Consider this example; suppose a strata council is looking at whether or not to increase the annual contributions into the emergency reserve fund. If ideology were to rein supreme, then one would assume anyone who is conservative would oppose the increase (why should I contribute money to support repairs to someone else's unit!) and that liberals would be in favour (we should ensure there's a pool of money to support anyone in need!).

However, in the face of an actual issue facing a local group of people, the discussion could turn to specifics: what actual repairs might be required to the complex in the foreseeable future? what amount from each unit would cover the anticipated costs? what is everyone comfortable contributing? Low and behold - this type of conversation might lead a conservative to support the increase, and a liberal to oppose! Could this approach lead to more nuanced decision-making, that avoids the pitfall and segregation of ideology?

Maybe it's a question of scale. Is our scale of policy-making and decision-making is too large to enable informed discussions about actual circumstances? Or perhaps it's a voting system that requires partisans to simplify the core of their platform, in order to differentiate themselves in the political marketplace.

Irrespective the scale, it behooves us to bring up particular situations, and tangible examples of the impact of policy, when we're exploring options with a diverse group. Perhaps a focus on the specifics, combined with some empathetic listening and storytelling, could reveal areas where we might all agree.

What are the decisions facing your community, that you would appreciate discussing with others, on a specific basis, without ideology? Are there issues facing us collectively that could reach support across the political spectrum, if we had mechanisms to review and explore the actual implications of our decisions?