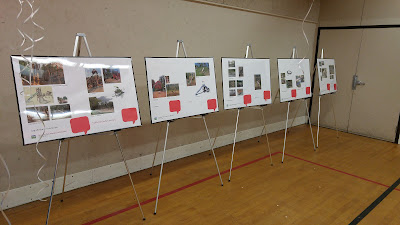 Unfortunately, and contrary to popular belief, showing up at an open house or public hearing does not mean you get to veto issues that are going forward to council. Quite often, participants in municipal consultation events are frustrated and disheartened that their feedback does not lead to obvious and explicit policy change. "But I live in the neighbourhood! I should be able to say what gets built, and what doesn't!" These sentiments are common, especially at the municipal level when rezoning applications are put forward, or communities are reviewing their Official Community Plans (OCP's) to accommodate new and different developments.

Which begs the question - why bother holding open houses or public hearings at all?

Making decisions democratically is not always straight forward. Once we get beyond foundational elements of a democratic society (rule of law, freedom of speech, equality of votes) we're faced with figuring out how to actually make decisions. In the case of local municipal councils, once individuals have been elected to public office, in theory they should be empowered to make any decisions they like within the bounds of the law. However, many municipalities require certain decisions (like rezoning applications) to be brought forward in a public hearing.

In cases like these, are city councils expected to delegate their decision-making to members of the public? No. They are still the final decision-makers. They were elected, and they are the ones who will be held responsible for the city's decisions. Individuals who contribute to a public hearing or an open house bear no responsibility, and are not accountable to anyone other than themselves.

Unfortunately, that means that contributing at a public hearing or an open house is not an opportunity to exercise your right to participate directly in democratic decision-making. You are helping to equip elected officials to make an informed decision, and contributing to the public deliberation surrounding the issue. You are contributing to a healthy democracy not by making a final decision, but by informing and sharing values with those who are accountable and responsible to make a final decision (in this case anyway).

If, however, you feel like like public hearings or open houses leave much to be desired when it comes to deliberation, that is a fair criticism. There are better ways to augment public discourse and achieve these aims, as outlined in this post.

When it comes to different ways groups of people can actually make decisions when they have been delegated decision-making power, this is what we'll get into in Part 2, coming out next week.

Unfortunately, it still doesn't mean you get your way.