Spheres of Power and Authority

July 04, 2017
Imagine the wealthy owner of an airline who donates significant funds to her child's school, via the local Parent Advisory Committee (PAC). Out of respect, although she does not formally sit on the committee, the members seek her input and advice on the priorities for PAC expenditures for the coming year. This same wealthy individual is a major donor to several local city councillors, who oblige her requests for phone calls from time to time. Within the airline industry, due to her position and stature, she is often called upon as an advisor for policy review committees.

Does something feel wrong with this picture? Should this individual be able to enjoy positions of influence within multiple different sectors and industries? Michael Walzer would say no. His 1983 book "Spheres of Justice" describes a concept called 'complex equality'. The fundamental premise here is that someone who holds a position of privilege, power, or domination in one "sphere" should not be able to extend that power or influence into other spheres of society. In other words, just because someone has financial power through a position of influence in industry, that power should not be easily extended into the local political realm or the educational realm, as in the example above. 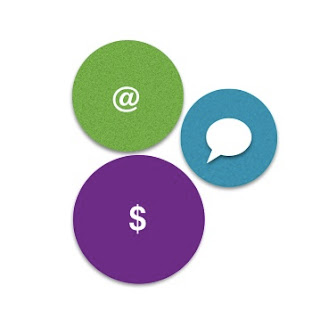 This is an important point in several respects. First, the concept acknowledges the reality that in many 'spheres' of life hierarchies do emerge; individuals take on leadership roles, and some accumulate power and influence. Second, that there are different ways to achieve power, influence, and leadership, and these will be different in different sectors. And third, that no one, and no single entity, should have access to power and domination across all spheres - what Walzer calls a 'monopoly on the means of domination'. Keeping these 'spheres' separate and distinct from one another ensures that there are multiple groups and interests across society that can exert influence, and that there are varied and different opportunities for each of us to participate in society and develop our potential as humans. Think of your own life; what are the different 'spheres' where you participate socially, and how is your influence or relationships different in each of these 'spheres'?

It's also one of the reason why money in politics is bad. From this standpoint, it is critical that financial wealth and power do not easily transfer into political wealth and power. Luckily, the example I described above is not a situation I have actually come across. For the more part, different groups have a good sense that power and influence in one area of life does not imply automatic inclusion in leadership decisions in another area. It's why we have concepts like independent committees, and why having a conflict of interest is frowned upon.