Running for office: no experience necessary

June 04, 2017
There are moments when I hear people question the qualifications and experience of those who are running for, or hold, positions in office. Shouldn't there be some minimum, established, standard or criteria for holding a public position of power? Some minimum level of education? 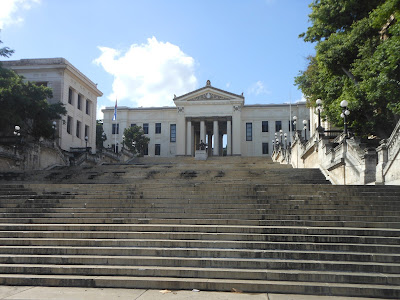 The short answer is no. If we start looking to impose minimum standards or benchmarks other than: 1) residency, 2) adulthood* we've missed the whole point of democracy, and a critical part of what democracy means. A fundamental democratic principle is equality of voice, or equality of voting. Every person has decision-making power. This principle is based on the concept that not a single one of us is more qualified, or has any right, to impose decision-making or power over others, any more than they also have a right to impose decision-making or power over us.

But making decisions about, and for, our communities? Democracy means that we all have an equal voice. It is sufficient to live in, and be affected by, a particular community in order to have a say over what happens in that community. We decide whether to listen to our doctor, and we decide where the bridge goes.

It also means that each and every person, by virtue of residency and community involvement, has a right to hold public positions with decision-making power. Like other components of democracy and community governance, this perspective took a heck of a long time (1000s of years) to establish. Whether through monarchies or Plato's notion of a 'Philosopher King', human history is replete with examples of individuals who have sought to monopolize decision-making power for themselves, or a select few, based on perceived or real skills, unique qualities, blood lines, or whatever.

This does not mean, however, that we don't carefully consider the background, experience, and knowledge of anyone running for office. A healthy democracy requires that we exercise judgement when we are deciding whether or not to support individuals looking to be trusted with decision-making. We should do so carefully, and with openness and honesty.

But what if we end up with complete buffoons in charge? Much has been written on this topic, but if inept individuals end up in positions where poor decisions result in harm to our communities, I'd suggest this is an indicator of one, or both, of the following:

The first is obvious; to participate in a democracy in any capacity (public forums, on a board, voting) everyone needs access to the literacy and education required to participate. If education fails, then not only will people running for office have insufficient knowledge to actually do the job, but they'll be able to sway large swaths of the population with pernicious lies and superficial generalizations.

The second statement is less obvious. Bear in mind that democracy is about shared decision making. When groups of people make decisions together, or different community groups or departments make joint decisions, they provide constraint and balance in decision making. No one person on a board of directors has complete authority; they must render their arguments and perspectives to a group, and only the group can exert authority.

If, in a democracy, a single role or function can make decisions with significant cost or impact, without deferral, participation, or meaningful inclusion of other people, then we've set ourselves up for failure, and compromised this basic tenet of democracy.

Are there roles or functions in our communities where we've put too much authority in a single office? What does community discourse and education look like in your community?